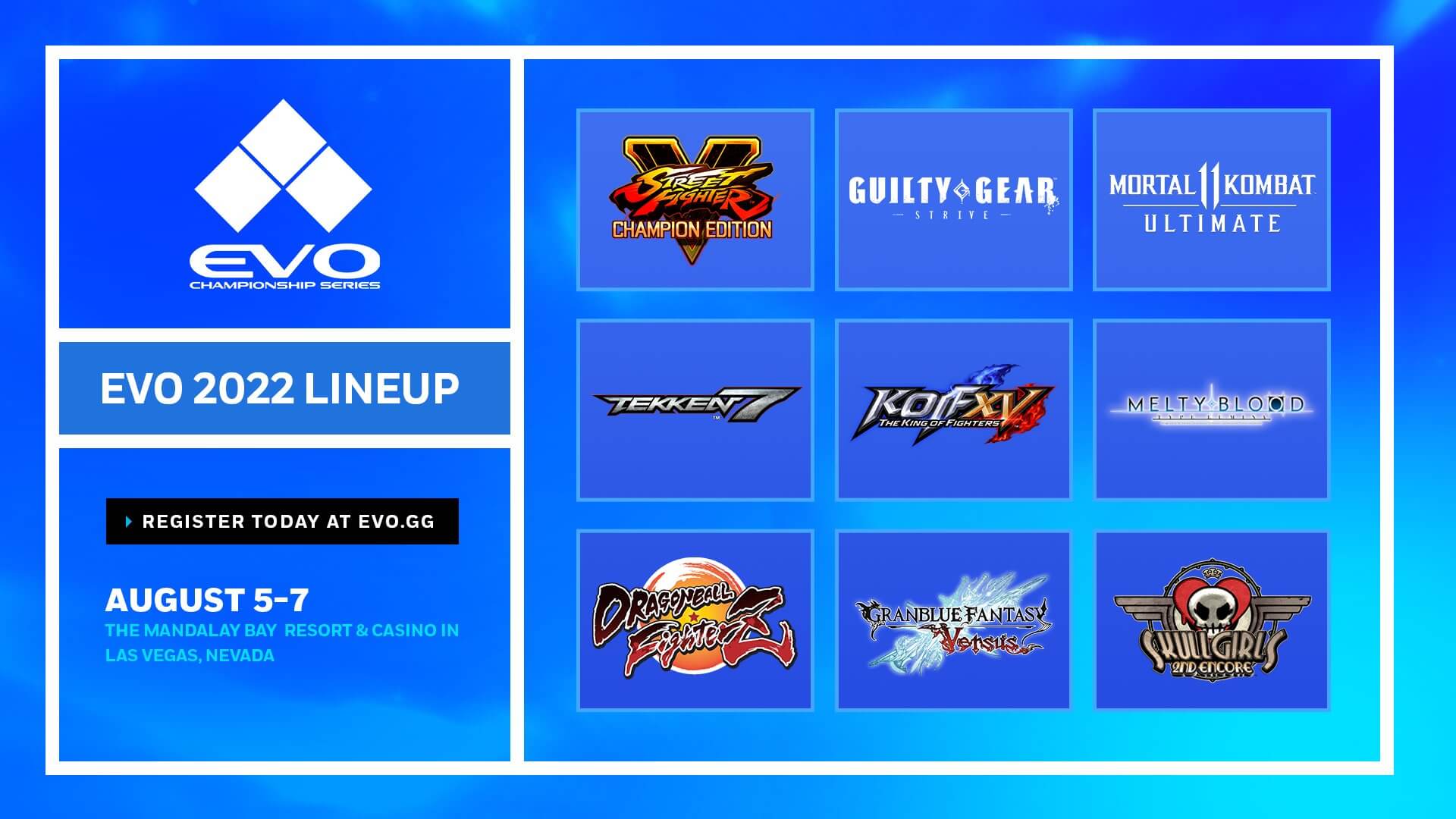 Evo 2022 will return on the 5th of August 2022 making it the most anticipated date on the FGC calendar for the year. It is the moment when fighting games' most prestigious tournament will return.

As part of the excitement surrounding the tournament, the official Evo Twitter account has posted the most registered-for games in the lineup. Unsurprisingly, Guilty Gear -STRIVE- is at the top of the list with 2,161 participants which is as big as a bracket could get. Guilty Gear -STRIVE- came out in 2021 and has been a smash hit with fans making it a more popular game than Street Fighter V. Dragon FighterZ performed a similar feat in 2018 when it received more entrants than Street Fighter in that year too.

Street Fighter V's last outing at an Evo also has large numbers with 1,320 registered for the game making it the second largest game at the event.

Also of note is the fact that there will be 63 countries represented at the event which is huge and something to be celebrated considering the effects of the pandemic on travel and so on.

There are currently over 8,000 participants for the event which look smaller than 2019's event which had 9000+ participants, but the current number doesn't account for those playing smaller games and those who might attend as casuals.