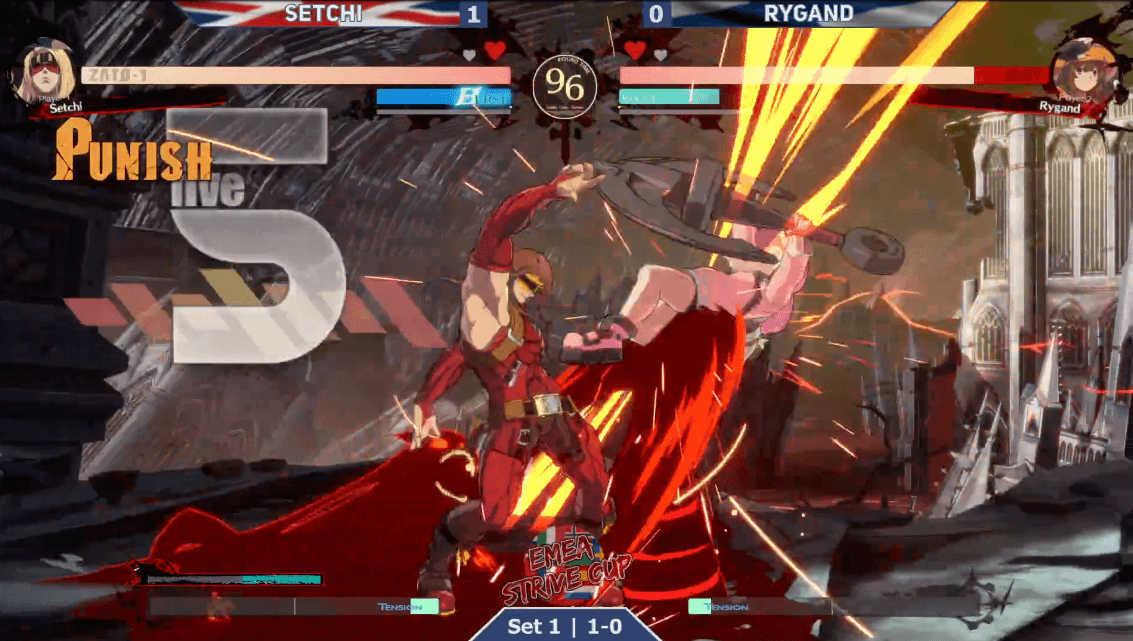 The 2nd week of Strive Cup EMEA has come to an end, and it's becoming clear which countries are going to be in the top 8. In two of the groups, we already have the qualifiers (Groups A and D), with Groups B and C still to decide who gets to qualify.

The Strive cup has been so much fun and has been a chance to showcase some of the most exciting talent from most of Europe and parts of Africa. In this round-up, we'll take a quick look at what happened on each day and the top highlights. With all the action we've seen so far, the quarter-finals promise such hype that we can barely wait.

Day 5 started with an important match between Morocco and Russia with the Moroccans knowing full well that a defeat would mean their exit from the tournament. They had done really well against Spain but had come short in the end and were hoping that it would not be the same story with the Russians. Unfortunately, a familiar theme showed up once again— nerves. It seems the pressure got to the Moroccans when they faced off against Spain and it was present again against Russia. Matches between Gogawa and WarriorBySand were close, but some critical drops saw the latter lose. This continued and eventually, Russia got a much-needed win as they also needed the point as they had lost to Italy last time around.

In the second game of the day, Spain faced Italy and we saw another familiar pattern as Spain came out clutch. A lot of credit must go to Uriel_Legion who is also the team captain as he was front and center in Spain's win. His ability to lead from the front and his versatility with characters was pivotal for the win. While last time around, he did the job with Potemkin, this time, he used Nagoriyuki to devastating effect. Spain were winners in a very close game and with another win under their belt, they are assured of qualification from the group.

The first match of Day 6 featured one of the favorites, France, as they played against the amalgamation of Belgium and the Netherlands. Despite the latter's best efforts, France absolutely steamrolled them, taking both sets to claim their place in the quarter-finals with relative ease. The second match of the day was from Group C, and it was the contingent of African Nations versus Portugal. If you remember, the Portuguese took a beating in their first match against the United Kingdom, and the African nations had won their game against Finland, meaning that they could get into the top 8 with a win. Considering the amount of talent available to the Africans, it certainly looked doable. They started well, winning the first set with some great work by Verix and Kayan. But, the Portuguese fought back, and most notable was Zeno and his Happy Chaos. In fact, you could say Happy Chaos was a huge reason why Portugal won, as he was unplayable on the day. With a mix of excellent zoning and devastating close-range combos, Zeno was more than a match for everyone he came across on the day.

Player of the Week

It was Saudi Arabia day once more and the overwhelming favorites for the tournament were ready to play. Saudi Arabia's Latif is easily one of the best players in the world right now and it showed once more as he led his team to victory against Norway & Sweden who put up a fight but could not do much against such overwhelming odds. The second game of the day between the UAE and Israel & Turkey had a lot more drama as UAE who had pushed Saudi to the uttermost limits on Day 3 were beaten by Israel & Turkey who showed that they were slouches. So, while sad, UAE is now out of the tournament.

Once again we got to see the United Kingdom in action. Day 8 was weird as both games went by pretty quickly. In the first game of the day, Germany who were up against Switzerland & Austria got a pretty fast 2-0 win with very little to report. In the second game, we got a bit more of the same as the United Kingdom dispatched of Finland with ease showing off once again their potential championship credentials.

Looking into the third week of the Strive Cup, we have a few tasty-looking matches set to come our way. For instance, North Africa (coalition of African countries) will be facing the United Kingdom. The odds are stacked against the African countries as the UK are looking unbeatable at the moment, and they will need to win to have hopes of qualifying. Meanwhile, Portugal will also hope to defeat Finland and qualify. Finland, for their part, will not want to be the whipping boys of the group, so it will most certainly put up a fight against Portugal.

We will also get to see Germany and France face each other, and with both teams doing so well, it'll be fun to see who can come out on top at the end of the day.

It has been so much fun with the Strive Cup so far, and I look forward to the third week with huge excitement.