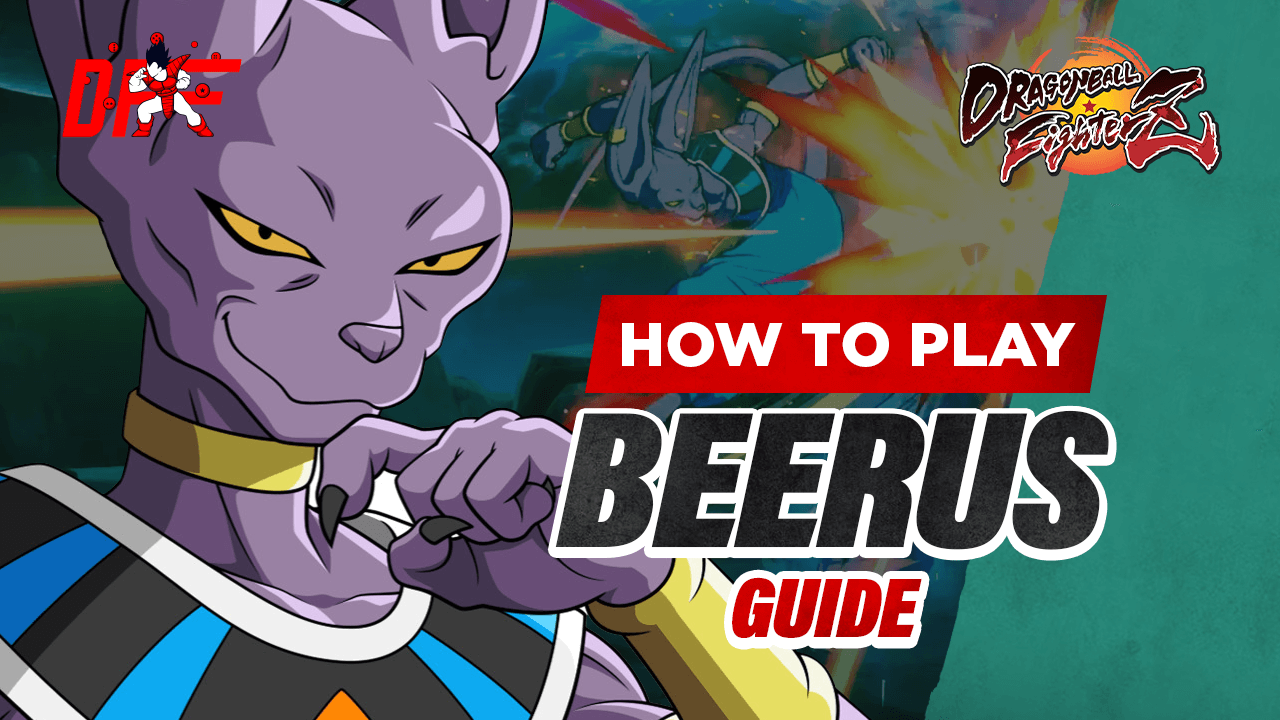 Lord Beerus and his Ki Orbs are ready to fight

Lord Beerus is one of the most powerful beings in the Dragon Ball franchise, well, as any other, eventually his power seems minuscule over those of a greater opponent. Nevertheless, in Dragon Ball Fighter Z Beerus is a strategically-minded character with a great focus on the utilization of his Ki Orbs.

We worked with Zane to bring you a complete guide on Lord Beerus himself, to master the ins and out of what can often seem like a rather inconsistent character at the top level of competition.

There are 5 different ways to create Beerus' orbs. High, low High & Low, a triple, and six orbs with 236S; this final option is the only one that allows for more than 3 Orbs to be on screen at any given time. worth noting that the Orbbs have normal Ki durability, which means certain projectiles with higher durability will be able to destroy the Orbs and continue past them. Others with the same durability will simply destroy both the Orb and itself.

By letting go of the button after the 236[L,M,H] series Beerus will kick the Orbs, he will always kick them in the exact same way this way, meaning the trajectory of the orbs will always be the same. Light will kick it down, Medium will kick it High. The various kicks also give different benefits in terms of frames, allowing for different mixups. Worth pointing out that because the Orbbs are Ki blasts, they can be deflected, Be mindful of this, and don't always go for the kicks. Orbs are also good to counter super dashes, allowing you to punish opponents for it.

Certain characters will be impervious to the high version of the kick since the high Orb will explode as soon as it comes out. To counter this, use a block string that forces your opponent to crouch block, allowing the Orb to spawn above them and opening them up for that mix-up. Another option is to use 236M, which only creates the high Orb, all be it a bit closer to you, but it won't trigger an explosion upon creating. The main drawback with it is that is not as safe as the normal string because opponents can superdash through it, to avoid that you can layer an assist on top of it.

Beerus' biggest weakness is are his stubby normals, which have short ranges and not that great value in the neutral. His Orbs are also a key point of both strength and vulnerability. They are only Ki Blast durability, meaning that using them at a less than optimal play opens you up to a lot of punishment. But, the Orbs also provide a lot of tools and versatility to try and take advantage on the neutral. Once Beerus is able to get into his opponents' faces then things become much easier.