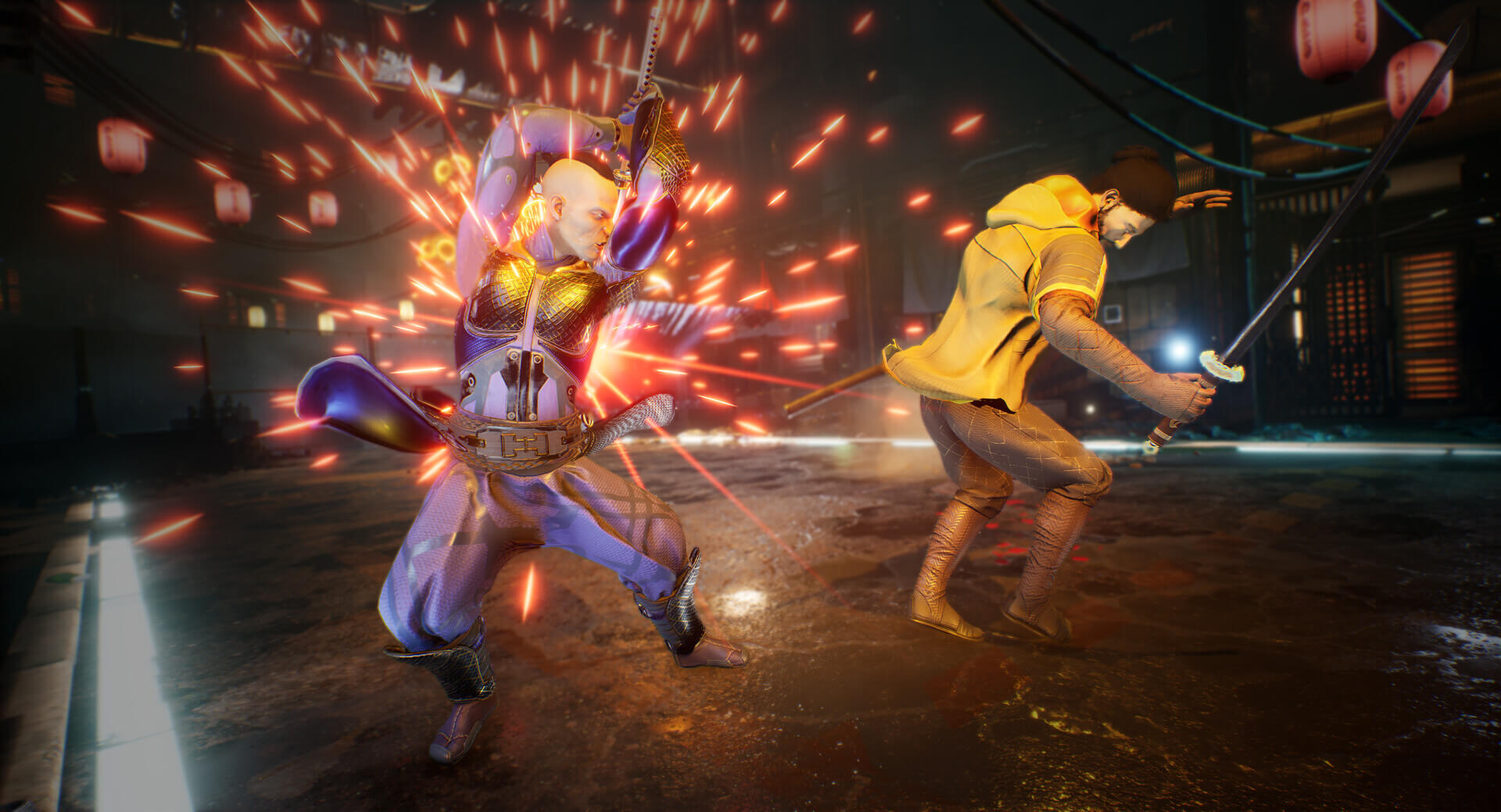 Perhaps the one-hit-kill genre of Fighting games will trend upwards?

An often overlooked subgenre of fightings, the one-hit-kill games, has been seeing more and more titles added to its family. From a game that was popularized among competitive players, Divekick back in 2013, to today. Die By the Blade seems to be the latest entry in the space, with a release date marked for November 3rd.

The game is being developed by the trifecta of Triple Hill Interactive, Grindstone, and Toko Midori Games. Although none of them have prior fighting game releases under their belts, it does look to be a promising title. borrowing somewhat from another mildly successful fighting indie title, Hellish Quart, another sword fighting title, though one much more preoccupied with realism and historical representation.

Die by The Blade uses a samurai-punk aesthetic to fit over its action. The game features multiple weapons and fighters, along with a single-player campaign and of course, only multiplayer. No price has been given as of yet.