Characters We Want to See in Tekken 8 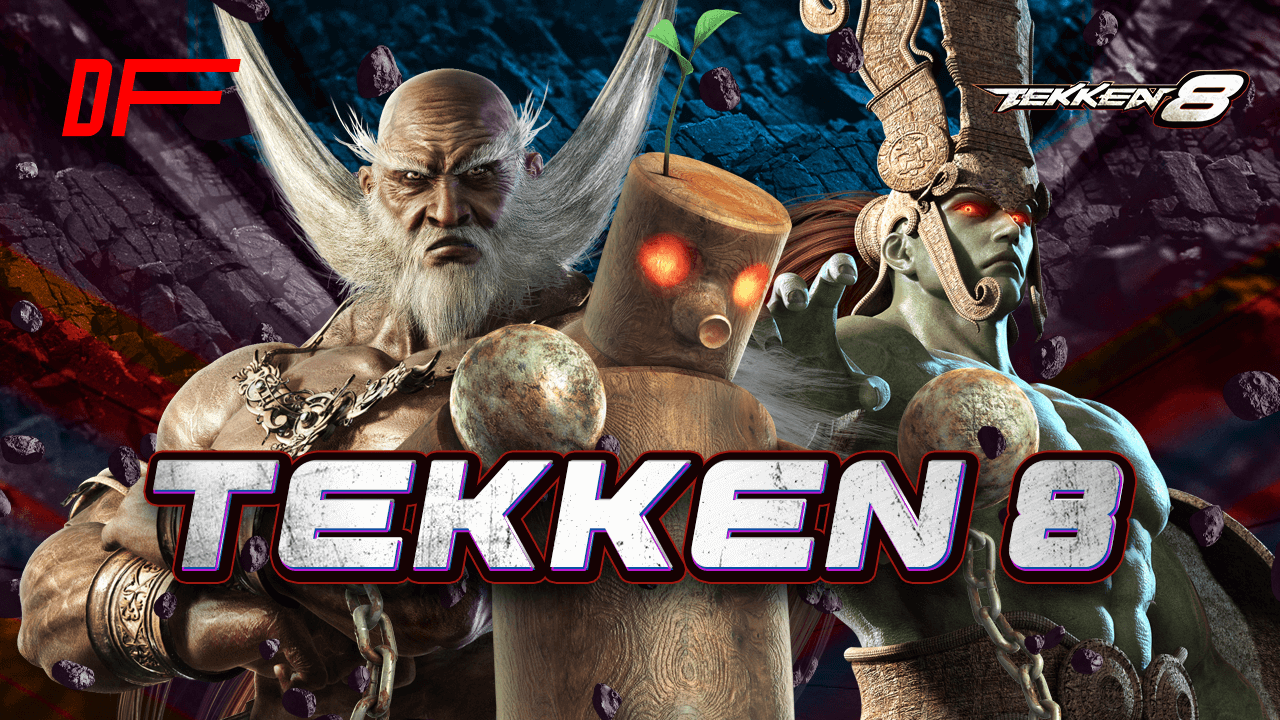 With so much to choose from, we'd like to pick a few favorites that we would love to see in the next Tekken game.

Tekken has been around for a while. From 1994 to now, the franchise has seen seven mainline titles and a handful of spinoffs, ballooning the total roster to over 60 characters. With so many to choose from, it has to be a real challenge for Bandai Namco to settle on the starting roster for Tekken 8, which will no doubt be announced any day now, right? Right?!

Anyway, today we want to take a look at this gigantic roster and pick some of the characters we for sure want to see in Tekken 8 for one reason or another. Let’s get rolling!

This mysterious ninja is one of the few Tekken characters to appear in every mainline title, and he didn’t miss out on the spin-offs either, and for a good reason! Yoshimitsu is an incredibly unique character in terms of both visuals and playstyle. From game to game, his appearance keeps shifting into something completely new, often combining elements of traditional samurai armor with stranger elements, like an exposed skull, insect wings, or tentacles.

This strange and unique look is a good match for Yoshimitsu’s gameplay. The abundance of unorthodox and hyper-specific tools makes him an extremely expressive character who’s fun to both play and watch. In a relatively grounded franchise like Tekken, a teleporting ninja who can kill you by stabbing himself, use his sword like a pogo stick or fly like a helicopter is too fun of an addition to miss out on.

The main villain from Tekken 3 didn’t get to enjoy much time in the spotlight relative to most other characters. While True Ogre appeared as a boss in Tekken 5, this duo was only playable in Tekken 3 and both of the Tag Tournament games.

That is somewhat unfortunate because both versions of the Ogre have something interesting to offer. Ancient Ogre is a hulking warrior with an Aztec-themed outfit who, true to his name, seems to have mastery of all the different martial arts that emerged throughout history. Solid excuse to create a wholly original character by combining moves from the rest of the cast.

True Ogre sheds the form of this muscular warrior and becomes a hideous demon with horns, wings, claws, and a right arm composed entirely of wriggling snakes. His attacks become more ferocious, too, with fire breath, heavy lunging strikes, and flurries of claw swipes.

Non-human characters are nothing new to Tekken. After all, we have Mokujin, bears, and even dinosaurs, but True Ogre remains to be one of the few genuinely monstrous members of the cast alongside Azazel.

The iconic wrestling duo, the face, and the heel. Both of these characters have been popular since their inception, and it’s easy to see why. The two Kings immediately grab attention with their cool designs, taking inspiration from the real-life Tiger Mask and Black Tiger wrestling personas, and as we all know, when Tekken wants to represent something, they go all in, so the references to wrestling don’t stop at the visuals.

Armor King and King are about as close as you can get to the true grappler archetype in Tekken. Both characters love getting in your face and executing one of the classic throws you might see in the wrestling ring. None of us love getting grabbed, but nothing can quite match the excitement of landing a Rolling Death Cradle or closing the round with a Giant Swing.

And, of course, it would be nice to see another chapter in the story of their long-running rivalry.

Speaking of wrestling, Jaycee (or J.C.) is another criminally underappreciated character. Jaycee is Julia Chang’s persona, taking on the appearance and style of a Lucha libre wrestler. It’s an incredibly fun spin on the character, yet she only appeared in Tekken Tag Tournament 2 and Tekken Revolution.

While she maintains many attacks based on Chinese martial arts, she also gains plenty of wrestling moves, with her speed and agility setting Jaycee apart from King and Armor King.

The return of Jaycee might not seem super likely, but she actually got some love when Julia was added as a DLC character for Tekken 7 and retained some of her wrestling throws.

Now, it might as well be set in stone that Kazuya and Jin have to be a part of the base roster, but there is one member of the Mishima family tree that has been somewhat neglected.

He was properly introduced as a playable character in Tekken 5, where he was also the main antagonist in the story mode. Unlike other members of the Mishima family, Jinpachi was a rather honest and honorable man, even becoming friends with Wang Jinrei.

Despite potentially being over a century old, Jinpachi is an absolute beast of a man, towering over most characters in the game and bound with muscle. This old man proves his status as a patriarch of the Mishima family with a refined but immensely powerful version of the Mishima style karate.

Mokujin is an interesting character in his own right. A wooden training dummy that came alive and seems to know every single martial art to ever exist. Despite never speaking a word, the Tekken team managed to make him rather expressive and likable through some hilarious and charming ending cutscenes.

However, the best part about Mokujin is that he’s an insanely unique way for Tekken players to express themselves and show their master of the entire roster.

Since he switches his fighting styles after every round, you’ll have to make sure that you are familiar with every character in the game to play Mokujin even remotely well. However, once you are, he can be incredibly rewarding, as it will be tough for your opponent to deal with the element of surprise.

In a world where everyone kick, this man only punch. Steve is one of the most radically “different” characters. Introduced in Tekken 4, he’s a boxer who only uses punch buttons for offense, with the exemption of two stomp attacks.

This specialty is hilariously accentuated with an item move that gives Steve his only real kick, but not knowing how to do kick properly, he just hurts himself in the process.

For the most part, Steve uses his leg buttons for the evasive movement on offense and defense. As usual, developers focused on creating a faithful representation of the art of boxing, resulting in an extensive movelist covering many real-life boxing techniques and stances.

This might be a bit more controversial, as bears have never been popular picks despite being some of the staple characters. However, Kuma and Panda have always served as a welcomed comedic relief in the Tekken franchise.

When most characters went through their dramatic and often tragic storylines, Kuma was out there, living his best life as the temporary CEO of Mishima Zaibatsu, while Panda was shutting down his romantic advances.

This sort of attitude comes through in their moveset as well. They’re bears doing karate. After all, it’s hard not to smile when you see some of the bear martial arts in action.

Before Bryan, Josie, and Fahkumram, Bruce was the original Muay Thai practitioner in the series. Despite only appearing in only three mainline titles, he has quite a storied past, going from a Muay Thai instructor and underground fighter to Kazuya’s private mercenary and a G Corporation solder.

Now that we have Fahkrumram, an entirely new character from Muay Thai’s country of origin, it seems less likely than ever that we’d see Bruce again outside of the potential sequel to the Tag Tournament series. However, it would be a treat to see one of the earliest Tekken characters to enter the ring once again.

Judging by the rosters of past Tekken titles, Harada and his team seem to share this sentiment. If there’s one thing you can rely on in a Tekken game, it’s that the character select will have a dizzying amount of choice.