Brawlhalla announces a return to LAN with a $150K Invitational 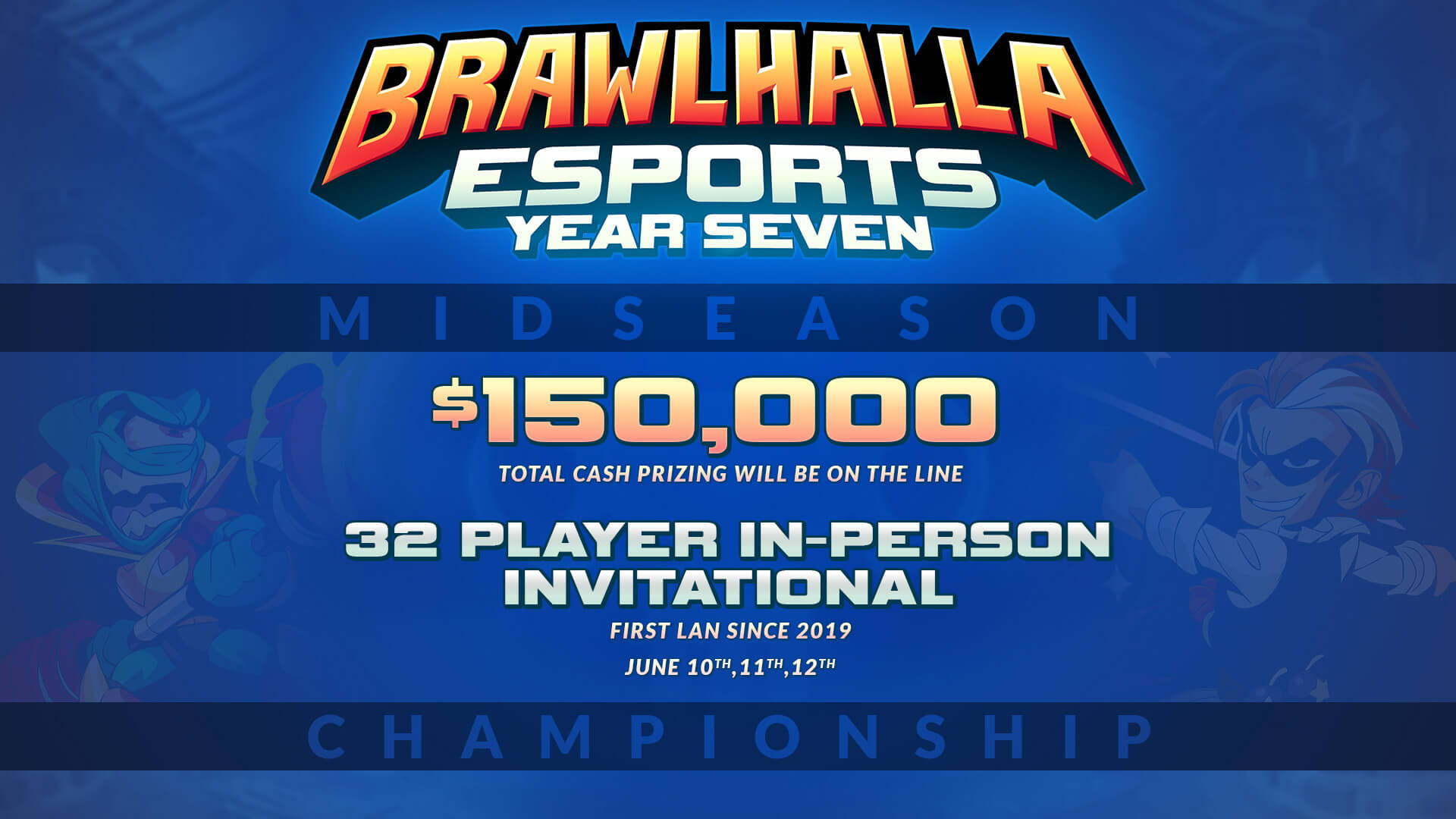 Images courtesy of Brawlhalla Esports
The platform fighter is set to go back to in-person events after a pause.

Brawhalla Esports has just announced its return to the offline format of tournaments with a three-day invitational tournament.

Slated to happen from June 11th to 12th, this will be the scene's first official LAN major after the outbreak of the Pandemic. It will feature 32 players. This is the mid-season invitational teased earlier on the year's roadmap for the competitive scene with seven previous majors in their official championship.