All the Teams of KOF XV (Characters and Trailers) 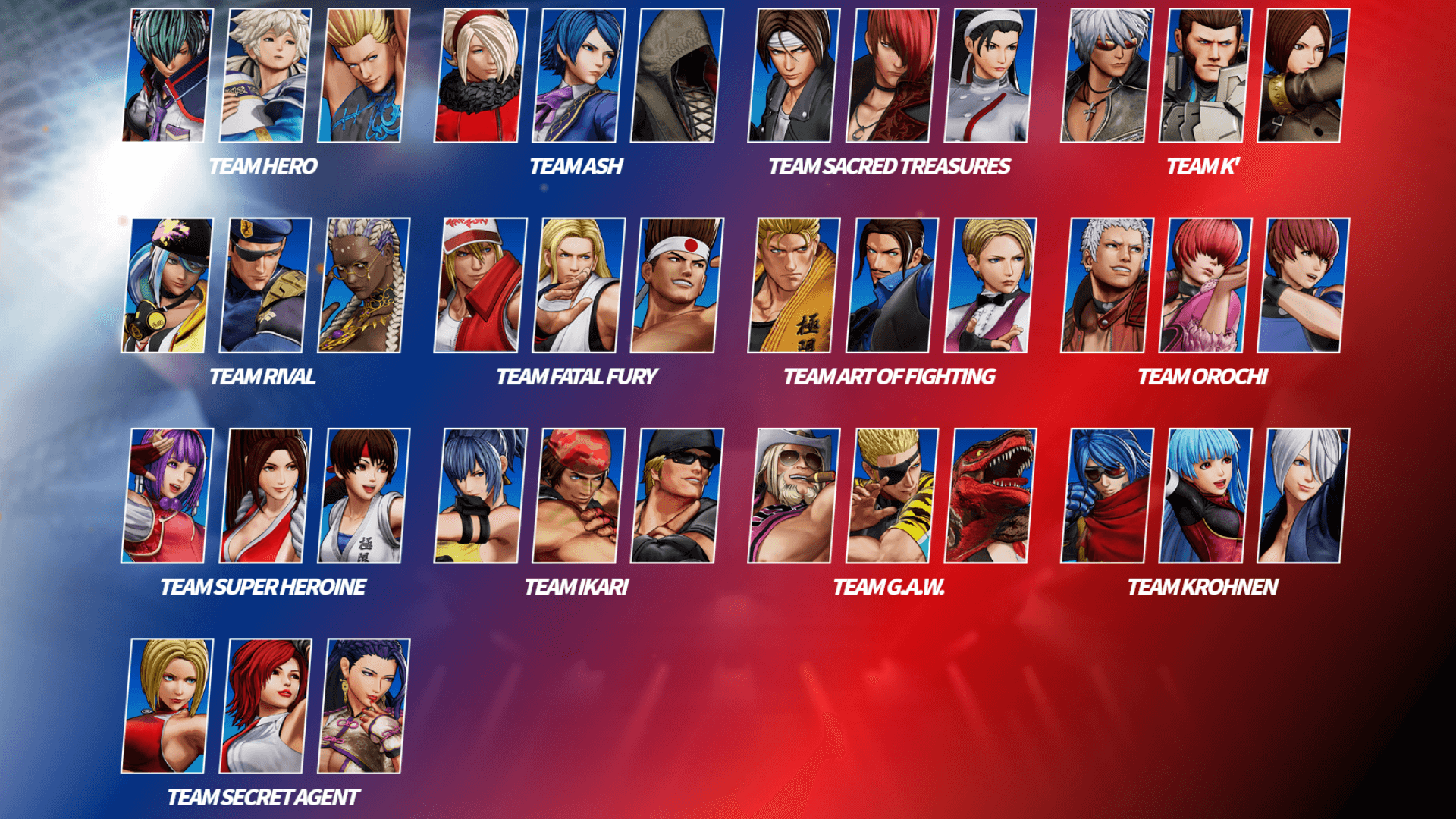 Pic Source: snk-corp.co.jp
Isn’t it a good time to get prepared for the upcoming fights?

The King of Fighters XV is set for release on February 17. The developers treat the community to regular character trailers, so there is no lack of hype around the game. Who knows, maybe it will be as big as Guilty Gear -Strive- in 2021.

We at DashFight look forward to delving into this fighting experience. And we understand how busy this period will be for the community — Baiken alone is enough to keep us busy for long hours, and let’s not forget about esports events, such as Frosty Faustings XIV.

Anyways, why not take a short break and look at all the characters in all 13 starting teams? You know — to fantasize who you would play and then start digging into their background and moveset.

One thing should still be revealed before the release of KOF XV. We don’t know the Boss yet!

Also, the game will get four teams (12 characters) as DLC — obviously, those announcements will take some time after the game is out.

That’s quite a lot of trailers! They definitely convey the game’s spirit. And hopefully, they will help you to make the decision - who to play (and to play or not to play).

The King of Fighters series has some pretty unique mechanics, so it would be interesting to see how the community explores this environment and adapts to it. Will you be among those explorers?