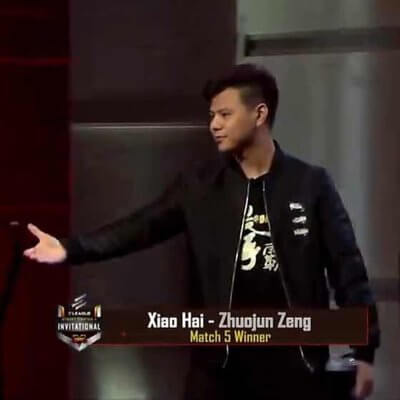 Zhuo "Xiaohai" Jun Zeng (小凱) is a fighting games player from China who represents Qanba Douyu. He competes in Street Fighter, Dragon Ball FighterZ, and The King of Fighters XIV.

Although xiaohai is better known for The King of Fighters and even won the kof event at EVO 2014, he has shown his sfv mettle at various arenas and is hailed as a top player in Street Fighter V. Cammy and Karin are the main xiaohai sfv character.